When Nikola Tesla was born, the Austrian Empire still existed. An ethnic Serb, he came into the world in modern-day Croatia on July 10th, 1856. His birth seemed to foreshadow his life’s work, as his mother was in labor during a massive lightning storm. The lightning that flashed during Tesla’s birth was considered an ill omen by the midwife, but Tesla’s mother didn’t agree. Instead, she proclaimed that:

→Subscribe for new videos every Monday and Thursday! https://www.youtube.com/c/biographics…

Vote for the Biography you want us to next. Click here to vote:
http://biographics.org/you-choose-the… 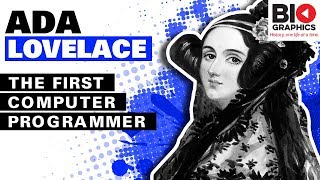 Biographical.net domain and website is for sale. Click Here for more information about this sale.
Thank you for your visit.

Nikola Tesla: A Man Ahead of His Time – Biographics 2018
People
1 views